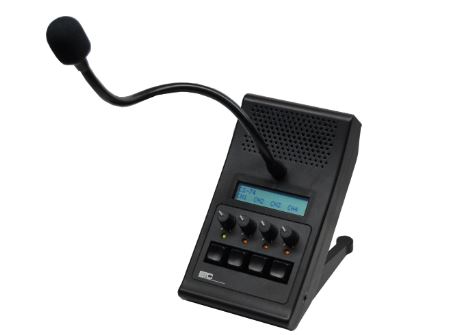 The Mini SIP Console is sold and supported by Avtec. The Mini SIP Console controls up to four radio endpoints and has undergone compatibility testing with Scout to ensure a smooth, quality experience.
ScoutLink™ is a new component built on the core Scout™ architecture that opens access to the Scout dispatching console platform. ScoutLink extends communications possibilities and leverages the range of connectivity already supported by Scout to a wider audience. It does this by using the Session Initiation Protocol (SIP) to communicate. Utilizing SIP allows ScoutLink to access third-party IP devices.
By deploying ScoutLink alongside Scout consoles, clients can:
-Communicate via licensed SIP devices, such as a Mini SIP Console, through the existing Scout infrastructure to any of the endpoint types that are supported in VPGate™.
-Benefit from a lower entry point for new systems, especially those who need only a simple system when they start.
-Leverage the Scout backbone already in place on their IP network.
-Create a standalone system that scales as needs change, from a single position to multiple dispatch centers each with hundreds of consoles and thousands of endpoints.
-Extend dispatch communications to places where a full-scale console position would be cumbersome, or in other situations that require an alternative to a standard console.